Tony went on to front 80s New Romantic band Spandau Ballet, earning himself the accolade of being one of pop music’s greatest vocalists. The band had numerous chart-topping singles and albums all over the world, including the epic “Through the Barricades” and of course the international number one “True” and the unofficial London Olympics theme “Gold”.

By the mid-80s they were world-wide superstars however, relationships cracked and the band split in 1990. Despite two well documented reunions, which generated the critically acclaimed rockumentary film “Soul Boys Of The Western World”, Tony has now left the band permanently and returned to his successful solo career, writing, recording and performing.

Nearly 40 years on from the beginning of his Spandau career Tony’s unmistakeable voice still brims with passion and urgency as it first did all those years ago.

As a solo Artist Tony has performed across the world both with his band, swing bands and orchestras. In 2005 he was awarded a Gold Badge from the British Academy of Composers and Songwriters. 2007 saw him win a new legion of fans when he appeared as Billy Flynn in Chicago on the West End stage.

Tony is a great charity supporter, regularly performing and raising funds. He has trekked across deserts jungles, competed in Who Wants to Be A Millionaire where he did very well, and holds an annual Charity Golf Day, supporting the work of Children’s’ hospices, campaigns funding medical research into childhood illnesses degenerative conditions and small personal charities where his name can help make a real difference.

Every year Tony and his ‘Fabulous TH Band’ perform continuously at concerts and festivals all over the world. In between these live shows other highlights have been the following:

With stunning views over Langstone Harbour and peaceful spots for relaxing, this gem of the south coast has something for everyone. Relax or swim a few lengths in our heated indoor pool, or head to our new coffee lounge; the perfect place to indulge yourself with an afternoon tea, hot drink or spot of lunch.

Every break comes with great tasting breakfasts – everything from the full English to classically continental – plus access to all activities, sports and leisure facilities. Dinner, Bed & Breakfast includes à la carte evening meals and live shows. Bed & Breakfast offers the flexibility to head out for dining and fun in the local area with the option to add dinner and the live show on arrival for £25 per person per night.

Highlights of your stay 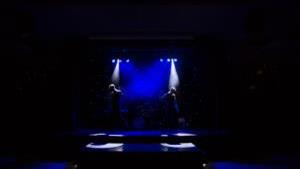 Join us on a musical journey as we celebrate the timeless sounds from a variety of genres and styles including:

A tribute to the music of Michael Bublé - we pay homage to his music with top-class vocalists, A tribute to the music of ABBA - fantastic live musicians and singers present a joyous musical celebration of the music of one of the greatest pop bands of all time, Infinite 70s - Great singers bring you all the rock star spectacle and glamour of the 70s, Decades 80s - brings you songs that were the background music to your life in the 80s, Sisterz Disco - celebrates the biggest diva hits of the disco decade, Majestic Voices - our very own celebration of the music of one of the greatest British rock bands of all time and All that’s Jackson - showcase the mind-blowing musical talent and sheer charisma of this family of pop royalty. *Our production shows change regularly and the actual show you see may vary by location, date and break style.

Star Breaks are all about seeing the biggest names in music, comedy and theatre in an intimate venue